Fred Minnick is the author of seven books, most of which are available at his local bookstore, Carmichael’s in Louisville.

Mead: The Libations, Legends, and Lore of History’s Oldest Drink

Mead gives readers a fascinating introduction to the rich story of this beloved beverage — from its humble beginnings to its newfound popularity, along with its vital importance in seven historic kingdoms: Greece, Rome, the Vikings, Poland, Ethiopia, England, and Russia. Pairing a quirky, historical narrative with real practical advice, beverage expert Fred Minnick guides readers through making 25 different types of mead, as well as more than 50 cocktails, with recipes from some of the country’s most sought-after mixologists.

Rum Curious: The Indispensable Tasting Guide to the World’s Spirit Bourbon: The Rise, Fall & Rebirth of An American Whiskey Multiple award winner: Best New Spirits Book, 2017 Tales of the Cocktail’s Spirited Awards Smithsonian Magazine: One of the “Best Books About Food of 2016” 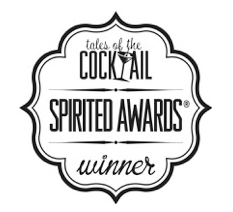 Smithsonian Magazine: One of the  “Best Books About Food of 2016”

For anyone who thinks they know it all about bourbon, delve into this fascinating new look at everyone’s favorite brown water. With his sharp eye for detail, historical accuracy and modern relevancy, Mr. Minnick’s take on the history of bourbon will become an indispensable volume for bourbon fans worldwide — Edward Lee, chef, author, of Smoke and Pickles, and host of PBS’s The Mind of a Chef “Bourbon Curious is a straight shot of smarts about America’s whiskey, served up by bourbon’s best friend, Fred Minnick.” —Lew Bryson, author of Tasting Whiskey: An Insider’s Guide to the Unique Pleasures of the World’s Finest Spirits

“Minnick takes off at a sprint and never slows down. He makes reading so easy you barely notice you’re doing it. Suddenly you know things, true things, unlike the bar boors he skewers mercilessly. A reporter at heart, Minnick wants to see and do everything himself, which is very satisfying for the reader.“ — Charles K. Cowdery, Author of Bourbon, Strange

“This enjoyable book leaves readers feeling a way they’re likely not accustomed to after such a wild, whiskey-soaked ride: enlightened.” — American Way Magazine

“Whiskey Women is an entertaining and unexpected look at the role of women in the spirits industry. They were an integral part of this history and I’m delighted their story is finally being told.” — Southern Foodways Alliance

Other Books (out of print)