Blanton’s Gold Coming to U.S. And: Some Single Barrel History 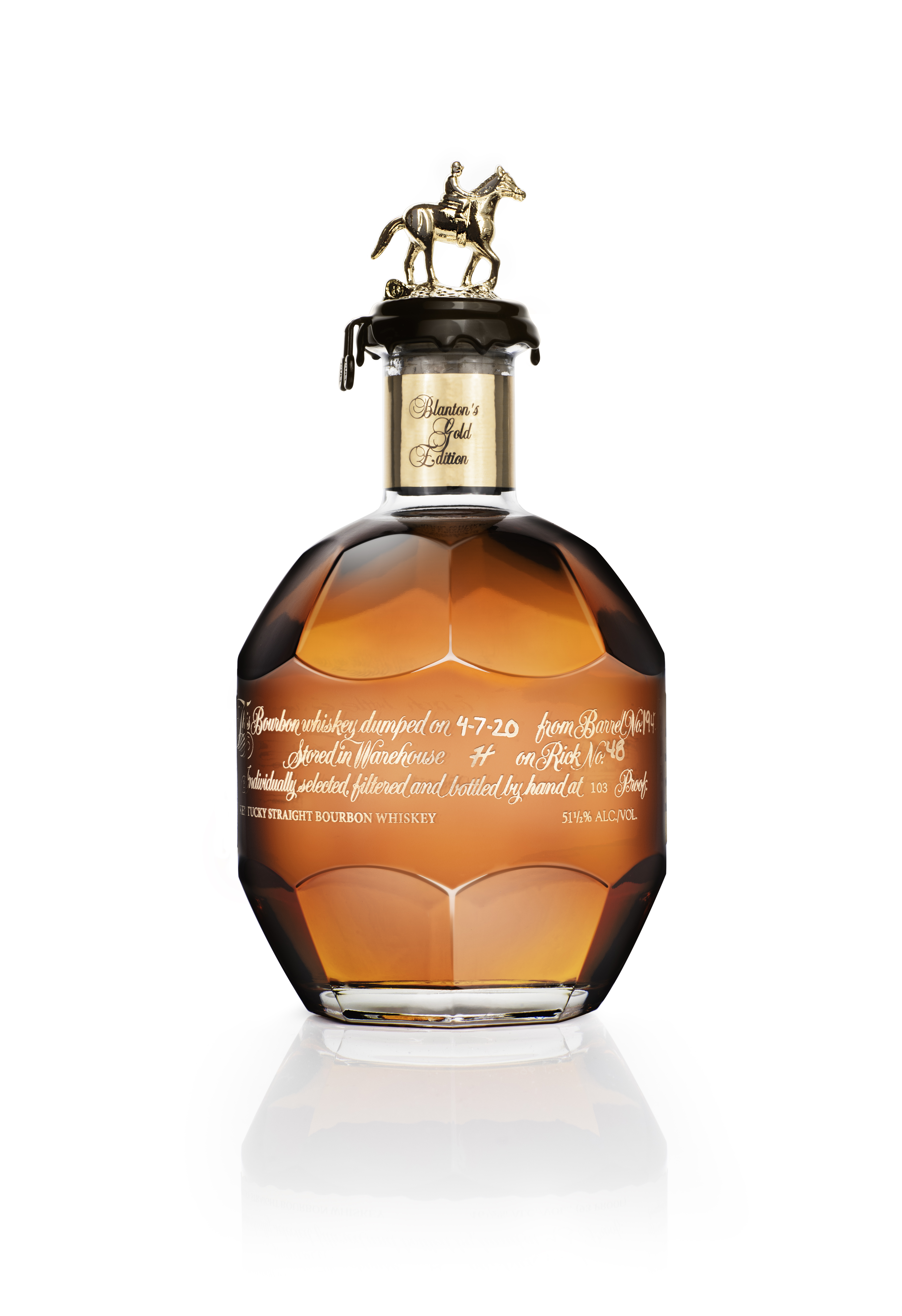 The 103 proof version was an international product, but fans pelted Buffalo Trace with “when’s it gonna be available here?” over the years.

The limited release will be released once every year in the U.S for the SRP of $120.

“We’ve seen Blanton’s soar in popularity over the last few years, and fans have asked us for the Gold version in the U.S. too,” said Kris Comstock, senior marketing director. “We’re thrilled to fulfill their requests this summer.”

Blanton’s Single Barrel Bourbon is the world’s first single barrel bourbon, created in 1984 by Elmer T. Lee. Named after former distillery president Colonel Albert B. Blanton, Elmer recalled how Colonel Blanton would handpick “honey barrels” from the center cut of Warehouse H for the many parties Blanton held.  Many years later, the Distillery called upon Elmer to create a new bourbon in 1984 and Blanton’s was born – the world’s first single barrel bourbon, the company said.

It’s worth noting that some have called into question as to whether Blanton’s was truly the first single barrel. Well, they were. Last year, I auctioned off a 1950s-era Blanton’s, handpicked by the man himself, with a Kentucky tax stamp, validating that the bottle had been in distribution.

Lee had always told the stories of how Blanton picked barrels for friends. It had not been well-documented, though, that these products actually entered the retail space. While they were in limited capacity, these 1940s to 1950s Blanton picks were purchased at retail, based on the tax stamps, and confirmed Lee’s influence to name after Blanton.

So, this single barrel original claim should be noted as fact until somebody can prove one existed on the market prior to Blanton’s picks, which influenced the 1984 release of the bottle we now know as “Blanton’s.”