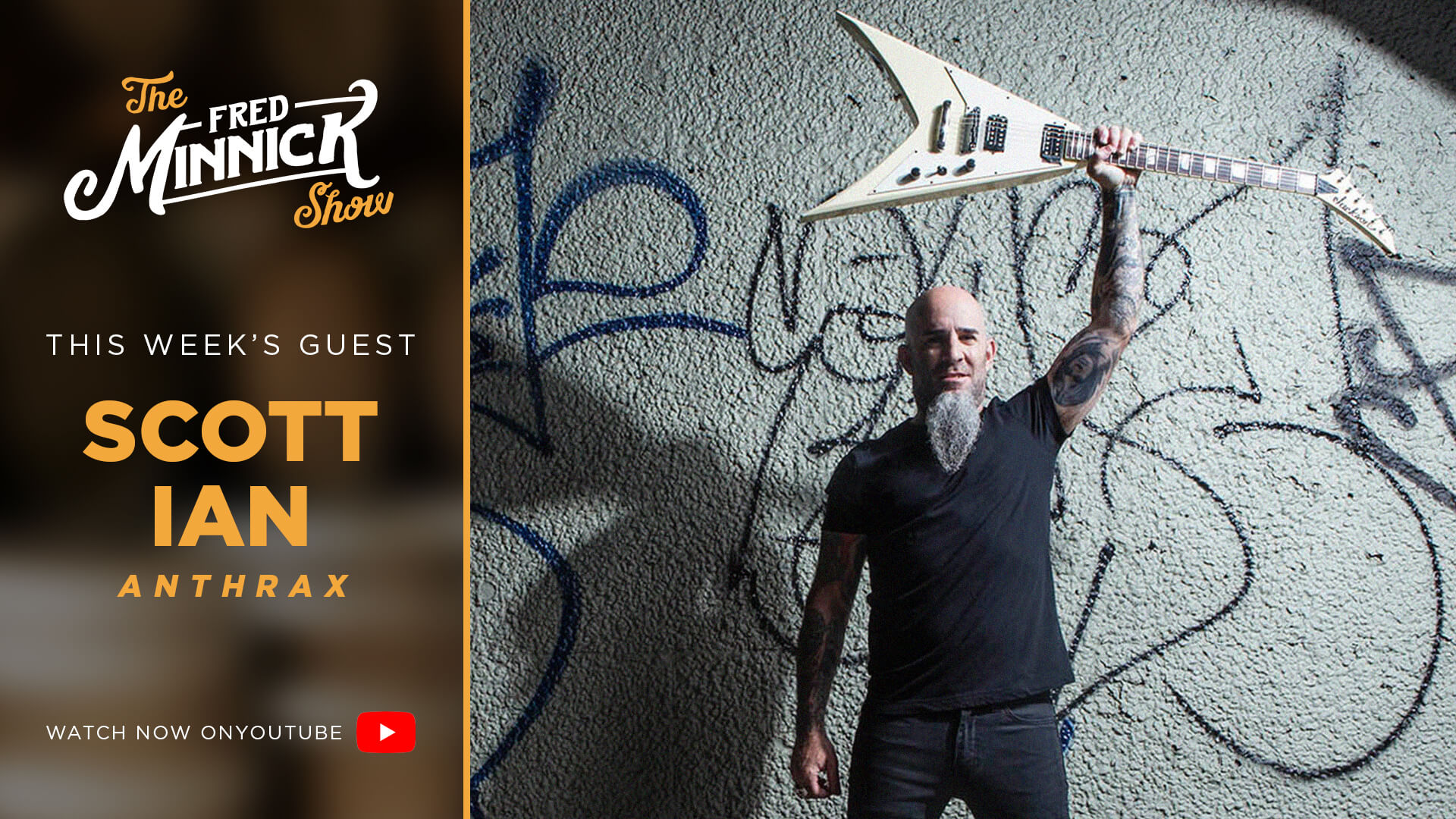 On this episode of The Fred Minnick Show, Scott Ian of the seminal thrash-metal band Anthrax takes time to chat with Fred. The band’s co-founder and rhythm guitar player, Ian also is an author and spoken-word story teller. He also was a host on the VH1 show Rock Show for 48 episodes, interviewing rock greats such as Ozzy Osbourne, Ted Nugent and Tenacious D. When he and Fred get together, topics range from his first taste of whiskey (it didn’t go well) to warning labels on music in the 1980s and ’90s to a strange, private jet journey with Tommy Lee of Motley Crue. Naturally, whiskey is shared and discussed along the way.

Fred and Scott cover a number of topics, such as:

Fred jokes that while Scott is a talented musician, Fred’s main talent is drinking whiskey. “I would say you have absolutely got life by the balls if that’s your job,” Scott tells Fred. “That’s the best.”