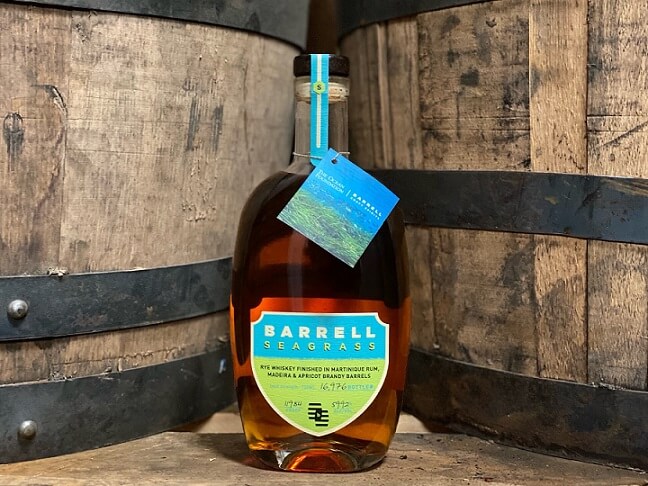 Barrell Craft Spirits  announced a new collaboration with The Ocean Foundation to share proceeds from the sale of select bottles of Barrell Seagrass. The foundation works to restore and preserve shore environments around the world.

Launched in early 2021, Seagrass is a blend of American and Canadian rye whiskeys finished separately in Martinique Rhum Agricole, apricot brandy, and Madeira casks. This special release was directly inspired by the uniquely fresh, grassy, and saline aromatics of an afternoon at the seashore, according to a Barrell news release.

Given the important role the beach and ocean played in the development of Seagrass, a partnership with The Ocean Foundation was a natural fit for Barrell Craft Spirits. Without vibrant coastal ecosystems, the whiskey might not exist at all.

Bottles of Seagrass with a special Ocean Foundation hangtag will be released during the month of September, celebrating National Bourbon Heritage Month as well as Climate Week (Sept 20-26). Proceeds will help the Ocean Foundation reverse the trend of the destruction of ocean environments around the world, specifically focusing on the conservation and restoration of seagrass meadows.

Seagrass meadows, as well as mangrove forests and salt marshes, protect coastal communities from erosion and flooding by absorbing and reducing wave energy. They also sequester carbon and improve water quality. As sea levels rise and storm intensity increases, healthy coastal ecosystems have the potential to mitigate some of the most catastrophic impacts of climate change on coastal communities around the world.

Bottles of Barrell Seagrass will be available at select retailers across the country as well as here.