339 – Aging Barrels on the American Highway with Brad Paisley 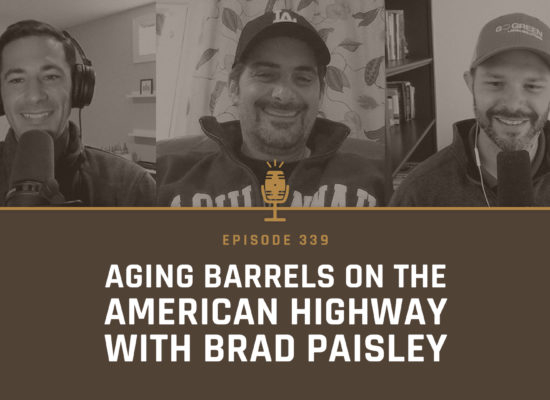 When I got a text message that said “Hey, do you want to have Brad Paisley on your show?” I couldn’t resist jumping at the chance. Everyone knows Brad as the country music legend, but we got to sit down and discover bourbon enthusiast Brad. He once was known as a sober star, but bourbon has has permanently cemented a place in his life. We talk about how he first began appreciating bourbon and how that led him to start his own brand called American Highway. We discuss the brand, it’s origin, and future, but stick around till the end and you will hear some epic bourbon hunting stories.

The post 339 – Aging Barrels on the American Highway with Brad Paisley appeared first on BOURBON PURSUIT.