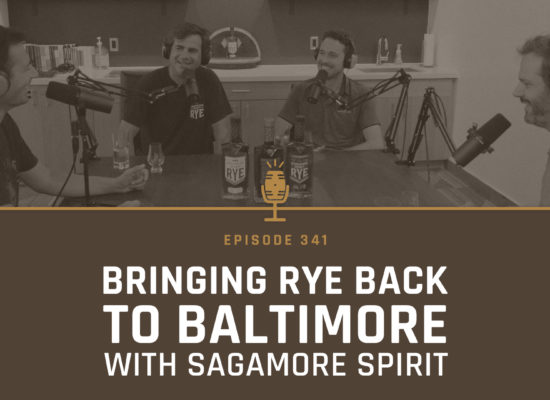 Rye whiskey production had a historic past in the northeastern states, especially Pennsylvania and Maryland. And now Sagamore Spirit based in Baltimore is bringing rye whiskey back. Ryan and I traveled to record this interview with their CEO, Brian Tracey, and their Director of Operations, Ryan Norwood. We uncover Brian’s unique past of how a phone call with Kevin Plank, the CEO of Under Armor, would take him from running a backpacking and kayaking company in Flagstaff Arizona to building a new distillery from the ground up. One of Brian’s tasks was to find a distiller and that led to a few conversations with Ryan Norwood, a young guy who was really into yeast and beers. Sagamore had a longstanding relationship with MGP but now they have their own Maryland rye distillate and we talk about how they shaped and revitalized the Maryland rye category.

The post 341 – Bringing Rye Back To Baltimore with Brian Treacy and Ryan Norwood of Sagamore Spirit appeared first on BOURBON PURSUIT.