342 – How Moonshining Influenced The Cornbread Mafia with James Higdon 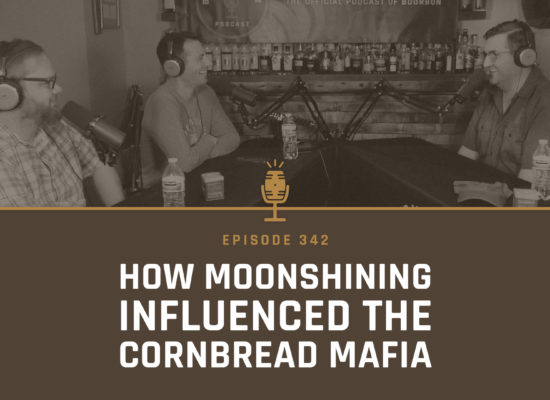 Bourbon and whiskey runs deep in Central Kentucky, but so did one of the largest marijuana manufacturing and trade rings in history. Cornbread Mafia tells the story of how of how Johnny Boone, Bobby Joe Shoemaker, and many others created one of the most highly sophisticated marijuana trades that ran right through Bardstown, KY, the heart of bourbon country. Jim Higdon is the author of the book and he joins the show talk about how this cultural phenomenon really had a very big tie back to the whiskey industry during prohibition. Many got into the illegal distilling business because that’s what they knew how to do and was the only means of providing for their families. We talk more about the bourbon connection and how that eventually turned into marijuana territory which opened the door to elaborate plans to evade law enforcement and even had the DEA swarming with helicopters around Bardstown. This story has also put Jim on the path for being an advocate of legalization and he’s even started his own CBD gummy business called Cornbread Hemp. If you enjoy stories like these, I would highly recommend reading or listening on Audible to The Cornbread Mafia.

The post 342 – How Moonshining Influenced The Cornbread Mafia with James Higdon appeared first on BOURBON PURSUIT.