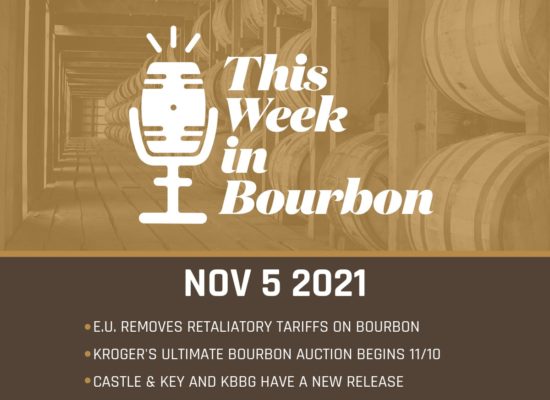 It’s This Week in Bourbon for October 8th 2021. Here’s the headlines for this week. After 3 long years, the US and EU have agreed to remove retaliatory tariffs on bourbon exports. Kroger’s ultimate bourbon auction will begin on 11/10 with some unicorns up for bids. Castle & Key and the Kentucky Black Bourbon Guild collaborate on a new extension called The Untold Story of Kentucky Whiskey.